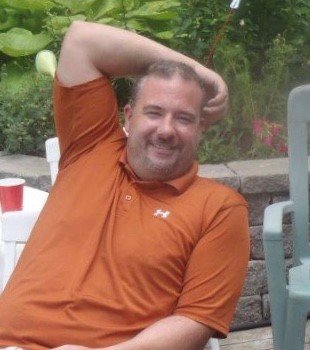 Chris was born on June 16, 1976, in Kingston and received a Bachelor of Science from the University of Guelph where he also played football, and a teaching degree from D’Youville College in Buffalo, NY. He began his teaching career in Ottawa and later moved back to Kingston, where he had been teaching since the early 2000s.

Chris was larger than life, with a loud voice, and an infectious giggle. He gave nicknames to almost everyone he came across and saw the humour in everything. He was passionate about sports, especially his love for the University of Michigan’s football team. Chris was an avid movie goer and LEGO aficionado and spent hours building masterpieces. Chris, known as Whitey to most, knew how to put together a party, bring family and friends together and his generosity was second to none. He collected friends wherever he went, and the family has been overwhelmed by the outpouring of support we have received, from all over the globe.

A private family burial will take place in Kingston, with a celebration of life to be announced at a later date.

Donations in lieu of flowers, can be made to the Alzheimer’s Society of Kingston or Addictions and Mental Health Services of KFLA.

Share Your Memory of
Christopher
Upload Your Memory View All Memories
Be the first to upload a memory!
Share A Memory
Plant a Tree