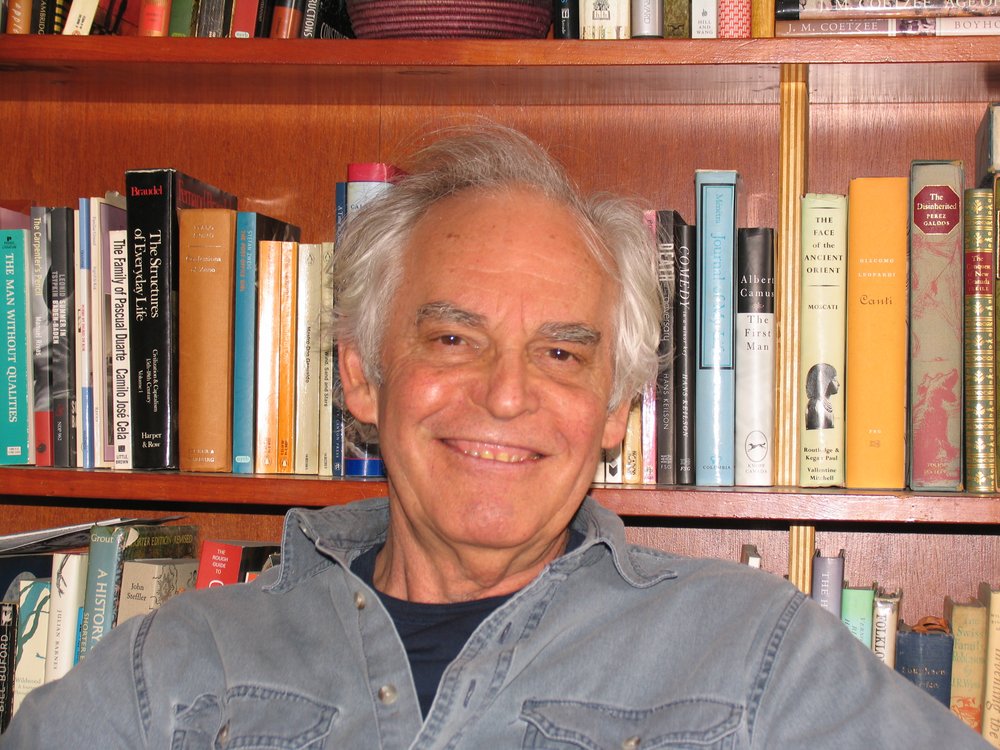 Born in Johannesburg, South Africa, Kenneth was the much-loved first child of Jean Smith and Steffen de Kok. He and his three younger sisters were raised in the mining town of Stilfontein where he developed his sporting skills and his intense interest in the natural world.  After several years in the Christian Brothers boarding school at Kimberley, he served time in the South African Defense Force and then enrolled at the University of the Witswatersrand in Johannesburg where his family had relocated. The turbulent 1960s and 70s and in particular Kenneth’s deep commitment to anti-apartheid activism led to him dropping out of university and ultimately leaving the country. Travelling in Europe and eventually settling in Amsterdam he found the freedom and peace he longed for, making lifelong friends and marrying his first wife, Lise Bakker, with whom he emigrated to Canada and began a family with the birth in 1979 of his eldest son, Steffen.

The country north of Kingston in eastern Ontario would be home for the rest of his life, and with his second wife Carolyn Smart he raised two more sons: Nicholas and Daniel. The family of five enjoyed the rocky, magical landscape where they created extensive flower and vegetable gardens and made occasional forays into farming with beef cattle, pigs, and chickens. He cared for the land with attention and respect, planting hundreds of trees and practicing organic farming.

His employment was varied, as his talents were many. In turn he worked as a waiter, a surveyor, in a dairy, as a hotel cleaner, a hotel manager, as a painter for the schoolboard, a fine woodworker, as Assistant Director of the Hotel Dieu Detox Centre, a kitchen designer and salesman, and consistently as an artist, photographer and author. His first book, a memoir entitled “Going Back to Say Goodbye: A Boyhood on the Mine” was published by Kwela in 2016, sold widely in South Africa and Canada and received accolades from critics and readers. In the final year of his life he was working on both a novel and a collection of poems.

He liked nothing more than spending time with family and friends, at home and on trips to Europe, the U.K., Central America, Cuba, Israel/Palestine, China, Alaska, and most often South Africa where one of his greatest pleasures were photographic safaris into the bush. He adored his children and was supportive and engaged with every aspect of their lives, bringing a sense of adventure and creativity to the most mundane events: he buried treasure in the garden; he hid a birthday-present-bicycle in a tree. He greatly valued the company of a series of dogs with large personalities who often became the center of the household. He was an excellent cook and host, and had an abiding passion for certain musicians (Van Morrison) and writers (Lawrence Durrell, Eugenio Montale), much of which he shared with his children. He was a natural athlete, excelling at whatever sport he took up including cricket, field hockey, tennis, and golf. He coached both soccer and baseball. Until the last year of his life his health and vigour were the envy of his friends.

He was an outstanding raconteur with an unforgettable sense of humour. In a video prepared for his 72nd birthday his friends spoke of their attachment to him, of his great enthusiasm and warmth, and of their often hilarious adventures. One said anyone who knew him well loved him: he had friends all over the world who will miss his empathy, generosity and kindness.

He leaves many bereft, but his memory and numerous stories will be carried forward with honour and pleasure by those who survive: his wife Carolyn, his mother Jean, his sisters Ingrid, Gillian and Hilary (Graeme Kerrigan), his sons Steffen, Nicholas and Daniel, his granddaughter Augustine Massie de Kok, as well as his nephew Luke Fiske, (Kathleen Oliver) and Maya Fiske, his great-niece.  He will be deeply missed by his sister-in-law Lindsay Leonard, and his special friends David Arthur, Robin Benger, Peter Carey, Andrew Forrest, Mac Gervan, Harman Moseley, and Richard Saxe.

Share Your Memory of
Kenneth
Upload Your Memory View All Memories
Be the first to upload a memory!
Share A Memory
Send Flowers